Feed your heart through music conversation 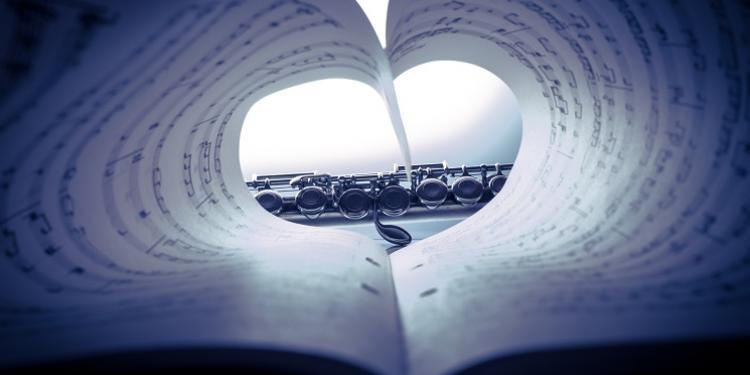 Conversation is the base to maintain humanity and to remain a human being, not just a human doing. A number of scientific researches, along with in-depth academic studies, have been carried out since the importance of social interaction has been widely recognized. Nevertheless, it is hard to confirm whether the real value of conversation and its impact on us as humans, is profoundly recognized and accepted as an axiom or not. With this article, I would like to share with you quite a new idea about  conversation using music as an alternative tool of communing with one another.

Although we are living in an age of High-Tech communications, I doubt that we are more communed with each other than we were before. The same point holds true in quite different fields. Let’s take defence, for instance. Now that we have more guns than ever, are we really more secure and protected than before? I am not arguing the fact that we are more connected, but I am questioning whether we are really more in tune with each other. This is a question that troubles me and what worries me even more is that we are running away so rapidly from our natural human origins. Moreover, we are going through the 4th Industrial Revolution phase, that according to the founder and executive chairman of the World Economic Forum, Mr Klaus Schwab “…Is a revolution that does not change what we are doing, but it changes us…”.

Let me just take you through some ‘already existing’, and for this reason, disturbing facts that are, unfortunately, today’s reality. Ready? Let’s start…The illusion of ‘feeling connected” is far from the reality of actually ‘being and staying connected’. Moreover, researchers and experts have determined that digital technologies are more likely to destroy our interpersonal interactions especially with regards to young children, who are the most vulnerable ‘victims’ in this case. Robert Lustig is a professor of paediatrics specialising in endocrinology at the University of Southern California and also author of ‘The Hacking of the American Mind’. When discussing kids’ tech addiction he says: “It’s not a drug, but it might as well be one. It works in the same way … it has the same results”.

Another important issue, according to Theresa May, former Prime Minister of the UK, is loneliness “…one of the greatest public health challenges of our time, - Theresa May said and continued, -“…it can affect anyone of any age and background” . The late Jo Cox  also highlighted mental wellbeing as being one of the greatest public health issues of our time. “Loneliness has the same impact on mortality as smoking 15 cigarettes a day, making it even more dangerous than obesity’’ states Mr Douglas Nemecek, chief medical officer for behavioural health at Cigna, a global american health service company.

To confront this challenge the UK Government now has a Ministry of Loneliness. For now, it is the first in the world but sadly won’t be the last in the world as we are witnessing so many anti-humanitarian ‘achievements’ especially in the most  technologically developed parts of the world. In China for example, More shocking evidence about loneliness or human ‘isolation’.comes from the Global Risks Report 2019 “Researchers call the current share of people living alone “wholly unprecedented historically”. In the United Kingdom, the average proportion of single-person households has increased from around 5% in pre-industrial communities to 17% by the 1960s and 31% in 2011. Similar figures are recorded in Germany, Japan, the Netherlands and the United States. Many capital cities have even higher proportions of so-called “solitaries”—for example, 50% in Paris and 60% in Stockholm. In midtown Manhattan 94% of households are single-person.”

In 2018 at the ACM/IEEE International Conference on Human-Robot Interaction a paper was presented about the initiative ‘emotionally supporting humans through robot hugs’ due to the health benefits attributed to receiving a hug. As such, instead of strengthening the human-to-human or human-for-human mindset the human race is going to be emotionally supported by robots in the very near future… In China for example chinese scientists have decided to name a female robot Goddess because of HER ultra-realistic nature.

We are in fact creating human robots with AI, calling them humanoids and instead of remaining content to be human beings, we seem to be doing everything possible to become more like the machines that we are creating. Can this be true?

I find myself struggling with and truly having a hard time  “digesting” these facts.  That said, I do believe this to be the inevitable fate for evolution. However it is important that we  recognize and firmly comprehend that whatever we do, however ingenious our discoveries are we cannot control nature and our nature is to be human - a human that is all about Being and not Doing. Tremendous factors are influencing this transformation, both directly and indirectly yet there is a well-known and centuries-old, tried-and-tested treatment that is simply called "conversation". 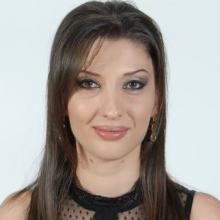 Doctor of Philosophy in Economics. Fourteen years of professional experience in project management and consulting, working with international donor organizations and governments in Europe, in the Russian Federation, in the RA and in UAE.